As part of its evolving metaverse vision, Meta has been keen to point out that no single company will ‘own’ the metaverse space, and singularly dictate what can happen in these new virtual worlds.

Make no mistake, Meta would like to control as much of the metaverse push as it can, and it’s already well-advanced here, through the sales of its VR headsets and the development of its Horizon Worlds VR space. But in order for the metaverse to be a truly inclusive, immersive, transformative experience, a range of providers will need to tap in, and facilitate their own elements and spaces, much like the internet as we currently know it.

Which is why this is an important development – today, Meta has signed on to the newly established Metaverse Standards Forum (MSF), currently managed by The Kronos Group, which will bring together leading organizations and companies in the space to work together on interoperability standards needed to build the open metaverse. 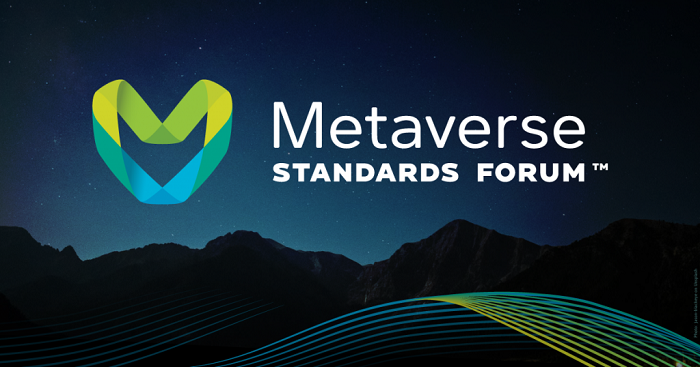 As explained by The New Stack:

“Interoperability – or lack thereof – is a key issue in the nascent metaverse industry. The Khronos Group aims to solve this with a new open standards discussion forum called The Metaverse Standards Forum, which launches today. The group includes representation from most of the big players in the 3D internet, including Nvidia, Meta, Epic Games, Unity, Microsoft, and the World Wide Web Consortium (W3C).”

The group will work together to establish agreed protocols and standards for metaverse connection, which will be the building blocks of interoperability, enabling users to take their avatars and virtual objects with them across spaces and experiences.

Interoperability is already a key element of the web, with fundamental building blocks, like HTML, available for anyone to use to build their own connected experiences. No one controls these aspects, as such, but there are agreed usage principles that enable all to participate.

“Internet interoperability standards enable the operational processes underlying exchange and sharing of information between different systems to ensure all digital research outputs are Findable, Accessible, Interoperable and Reusable, according to the FAIR principles.”

The metaverse, if it’ is to be a truly connective, inclusive next plane, will need to establish similar protocols, which is where the MSF is now stepping in.

And while no one knows exactly what will be required as yet, these fundamental building blocks will define the metaverse space, which will ensure that companies like Meta don’t end up wholly dominating the next stage.

According to Khronos President Neil Trevett:

“No one really knows how it’s all going to come together. But that’s okay. For the purposes of the forum, we don’t really need to know. What we are concerned with is that there are clear, short-term interoperability problems to be solved.”

That will include things like metaverse schemas and agreed elements that need to be included for metaverse connection, facilitating open participation, in a range of ways.

Again, Meta is in the box seat here, given its advanced work in the space, but the idea will be that, eventually, you’ll be able to flow through from Horizon Worlds to, say, Fortnite, in a seamless manner, with all of these elements being built on the same agreed standards and access parameters.

It’s an important step, and while it may not mean much for consumers right now, eventually, the establishment of these standards will play a key role in how we connect and engage in the digital space.

There’s still a long way to go before the metaverse, as envisioned, becomes a reality, but regulatory steps like these are critical elements in defining future process.

Google Adds More Insights to its ‘All In’ Marketing Accessibility Resource